What is 4G LTE and how does it affect me.

Many TV antenna installers are perplexed about what the Television Retune is about and why it is happening. Our mobile phones being data hungry little things, has required more air space (spectrum) to allow the big telco companies to transmit this data to us. So in essence, the Australian government has sold this spectrum where Digital TV channels currently exist. Not all of this spectrum has been sold, but any Frequency from UHF 816Mhz Channel 69, down to UHF 697Mhz Channel 52 will be used by the telco carriers for mobile phones.

The frequencies between 697Mhz and 816Mhz are known as LTE acronym for Long Term Evolution, marketed as 4G. Telstra, Optus and TPG have all bought air space here to deliver mobile phone calls and data within the next year or so. Optus has started 4G 700Mhz trials in Darwin and Perth. We must also remember that 4G currently operates in Australia at 2300Mhz, 2100Mhz and 1800Mhz. The benefit of a lower frequency where digital TV is; the lower frequency can travel further and will penetrate terrain much better.

How to solve any potential problems with 4G TV Antenna installations?

As of January 1st 2016 any active components transmitting or amplifying frequencies in the old TV range of channels 52-69 will need to be removed or filtered out. These include masthead and distribution amplifiers. If these are left untouched, once the new LTE 4G phone towers are activated, any consumers in close range of these towers may have interference on their TV’s. Filters can be bought and installed before masthead amplifiers and line amplifiers, however there may be issues of harmonics so it will be best to buy active components 4G ready. So what do you do to try to eliminate any problems now?

Very simply, if possible keep your TV antenna systems passive (no amplifier). You can buy an Antenna that will receive all frequencies. The antenna is only receiving signals, it is not amplifying signal, therefore in theory it may help to receive your customer’s new 4G signals at the wall outlet and not cause any problems at all. The TV won’t receive the new 4G signal as it’s a different modulation to digital TV. If an amplifier is required, use a 4G ready amplifier which will filter out the LTE frequencies or add a 4G filter before the existing amplifier.

When analogue television was switched off in Australia, the spectrum it was running on – 700MHz – became available. We took up twice as much of this superior spectrum as any other carrier to deliver you 4GX.

More for metro– 4GX offers extra 4G in-building coverage and faster 4G in-building speeds compared to our regular 4G, bringing speedy web access when you use a compatible device in a 4GX area.

OPTUS 4G PLUS NETWORK IS GETTING BIGGER

Our 4G Plus network already covers 80% of the Aussie population, and keeps expanding as we turn on superior 700 MHz spectrum.

With a compatible device, that means you'll get superfast internet in loads of new places, in cities, regional and holiday areas.

The most reliable method of locating 4G cell towers is to use the ACMA website. 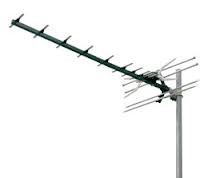